Work-based migration is a key solution for an aging population

Without immigration, the Finnish population would have already declined since 2016. This is a problem that many western countries are currently facing. The Finnish population growth is entirely dependent on immigration due to low birth rates. To top it all off, the working-age population is already shrinking, which poses a new challenge to employers and our economy in general.

A growing number of Finnish startups have increased their recruitment efforts outside of Finland. Global expertise is seen as a competitive advantage that is appreciated intern ambitious startups.

Immigration is often viewed negatively in public debate. Attitudes have however changed over the years - and for a good reason. Modern research literature shows that the effects of immigration on wage levels are on average moderate and even positive for employment due to occupational mobility.

Finland's population is aging and the working-age population is shrinking. The domestic workforce will not be able to meet the needs of the labor market in the future without a significant increase in immigration. 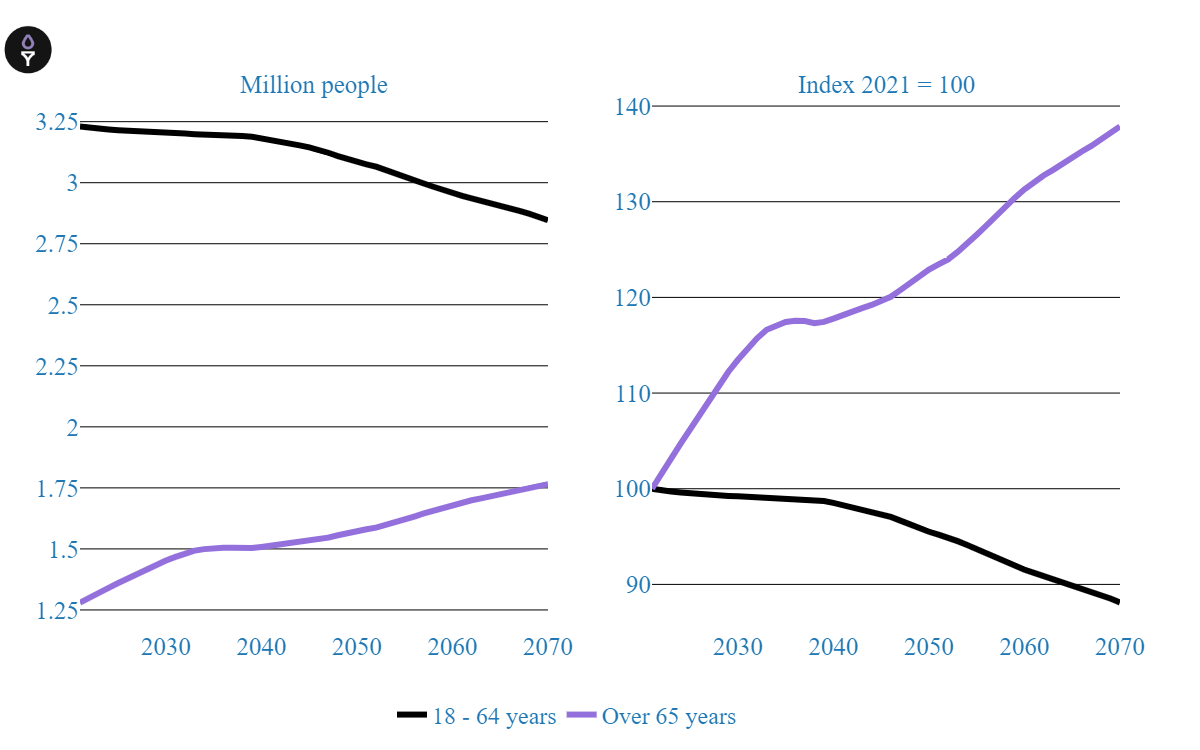 Immigration strengthens the age structure of the Finnish population

According to Statistics Finland’s data, as many as 86 percent of people born abroad with foreign backgrounds are of working age, in this case, 15-64 years old, in 2020. The corresponding figure for those born in Finland with Finnish background was only 60 percent. The difference between population groups is thus as high as 26 percentage points. Based on demographic statistics, the overall immigration would clearly strengthen the demographic dependency ratio in Finland.

The government's roadmap for education-based and work-based migration presents scenario calculations stating that an increase in net migration of 2,000 people would reduce the fiscal sustainability gap (kestävyysvaje) by 0.1 percentage points, or about EUR 200 million if current employment levels remained unchanged.

Startups aim to solve global problems while making a profit for their owners. The companies also generate a lot of tax revenue for the government as a by-product, which can be used to increase the well-being of our society.

To succeed in their goals, businesses need a stable operating environment and a skilled workforce. Currently, however, the Finnish labor market is plagued by an unprecedented labor shortage, which in the worst cases leads to products and services not being produced at all. The unrealized output will lead to weaker economic growth and possibly a lower tax base. Moreover, the shortage of labor is not an issue only faced by startups, but a problem that plagues all industries around the globe.

Fig 2: The V/U-ratio describing the tension in the labor market (Statistics Finland, 2021) 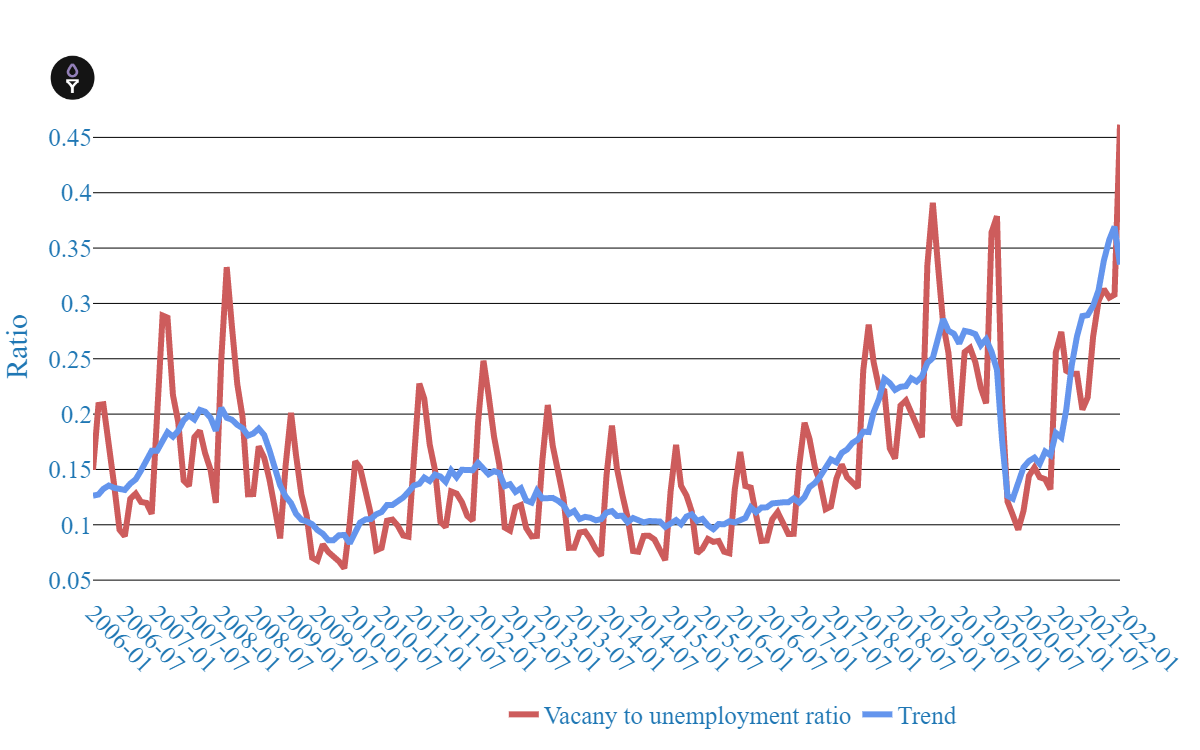 Increasing labor migration to Finland is highly justified to strengthen the functioning of the labor market, the age structure of the population, and public finances.

Even though we talk a lot about work-related immigration in this blog, it is good to remember that a lot of people also migrate to Finland for study- and family-related reasons. The potential expansion of the labor force from all immigration is therefore much greater than from those who have moved to Finland based on a work permit alone.

How we can improve work-based migration

Immigration policy should pay more attention to the importance of families. In this area, Business Finland’s TalentBoost has done a great job. Finland is trying to attract talents who have families and can appreciate the work-life balance, nature, and education opportunities that Finland has to offer. Few talents are willing to move far north without great services for the whole family.

Having an English-language school or childcare option in the middle of the year would increase the possibility of a talent choosing to come to Finland with family. Finnish Startup Community has talked a lot about this on a few occasions since it has been brought up by our member companies.

We also hope that English could be added as one of the official languages of the primary school. This would enable more and more children to continue their education smoothly and ensure for the families that the Finnish system can serve them even better.

Strict language proficiency requirements have also sparked debate; Karhunen & Mathies (2019) consider whether the public sector should exempt at least 10 percent of the employment contracts of their agencies from one of the national language requirements (Finnish or Swedish). The idea is interesting, to say the least, as it could help foreign workers to find employment in the public sector. Is it truly necessary for everyone to be able to speak Finnish and Swedish?

Streamlining and speeding up immigration processes, in addition to residence permit decisions, is important. The whole process should be smooth from the first contact with the authorities to the final stages when bank accounts and insurance contracts are completed.