Most of us are actively following news about the surrounding economy. We may use the bits and pieces of information to make better business decisions or as consumers, choose to either spend or save money. As an economist, I love statistics and decision-making based on quantitative information. You should too!

Let’s have a quick look at some interesting leading economic indicators and see if we can make predictions about the future. Firstly, we should note that Finland is a small open economy dependent on global value chains and exports. What happens outside of Finland has a strong effect on our economy.

According to ifo-index, companies expect business to become more complex. Moreover, they were less confident with their current situation. Higher energy prices and the possibility of a gas shortage are bringing the sentiment down. Germany is most likely heading into a recession and as the largest economy in Europe, the other countries will most likely follow.

The purple line shows the value of the ifo-index as a time series. The black line shows the average value of the presented measurement history. The Blue shaded areas represent the recession faced by Germany, and the grey shaded areas represent ther ecessions faced by Finland. We can see that the large downward changes are a possible sign of recession. 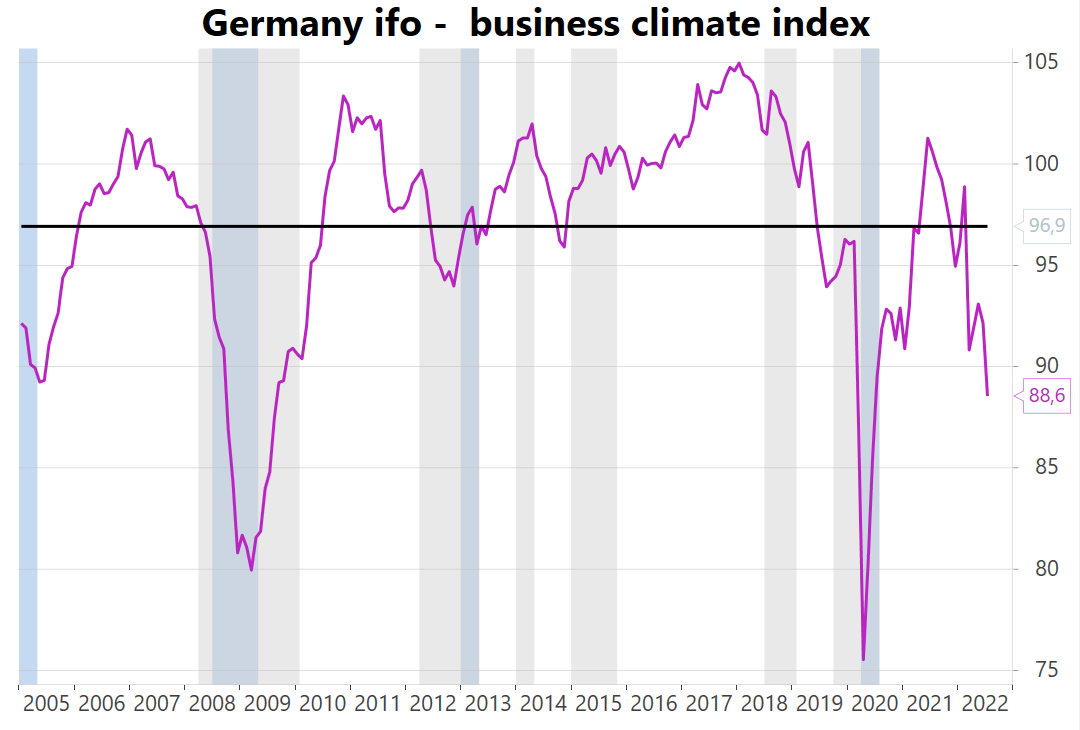 Even though we are following the business sector closely, it is important to understand how the consumers are feeling about the economy. Consumers are the end users in many cases and even if your company operates on B2B side, your business customers might be on B2C operations. If consumers do not want to spend their money, it will also slow the B2B sales in many cases.

In short, Finnish consumers are now feeling worse than ever. Currently, the overall balance figure is at an all-time low! This means that consumers are not feeling confident and spending might slow down and savings increase. In other words low consumer confidence means less spending, which leads to less economic activity in general. 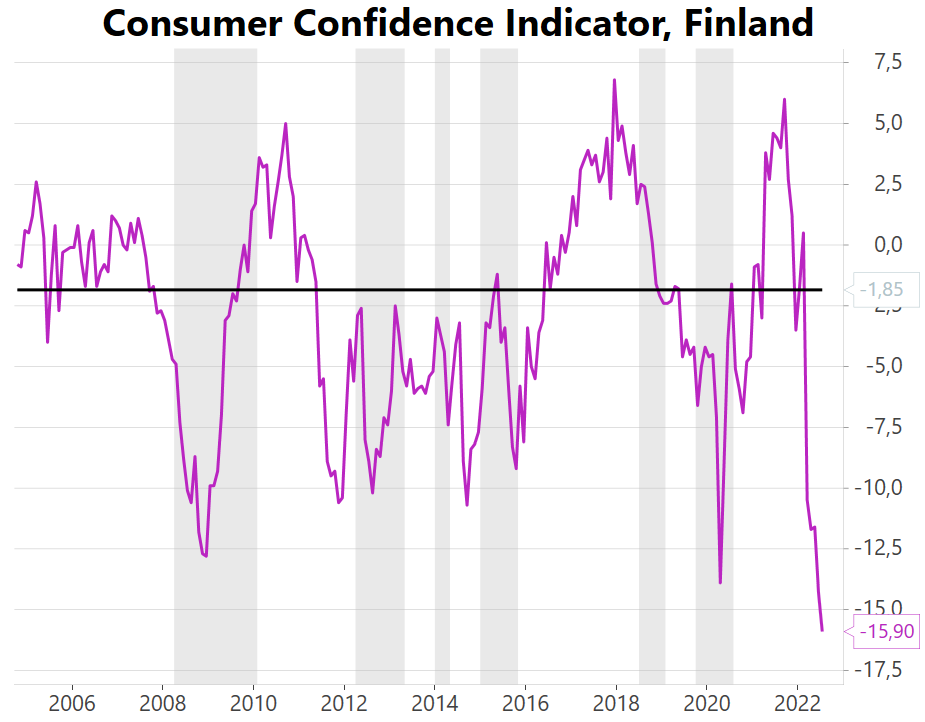 One of the most famous leading economic indicators is the so-called yield curve. The yield curve represents the difference between interest rates (yields) in bonds with similar risk, but different maturities.

In fact, the difference (or yield spread) between the 10-year and 2-year Treasury notes has been a very accurate predictor of economic recessions in the past. Since 1955 all the past recessions in the US have been predicted by the yield curve inversion.

Following the US is crucial since it is the world’s largest economy and an essential player in the tech sector.

We can see clearly from the black area graph that the 10-year – 2-year spread is negative indicating a yield curve inversion. 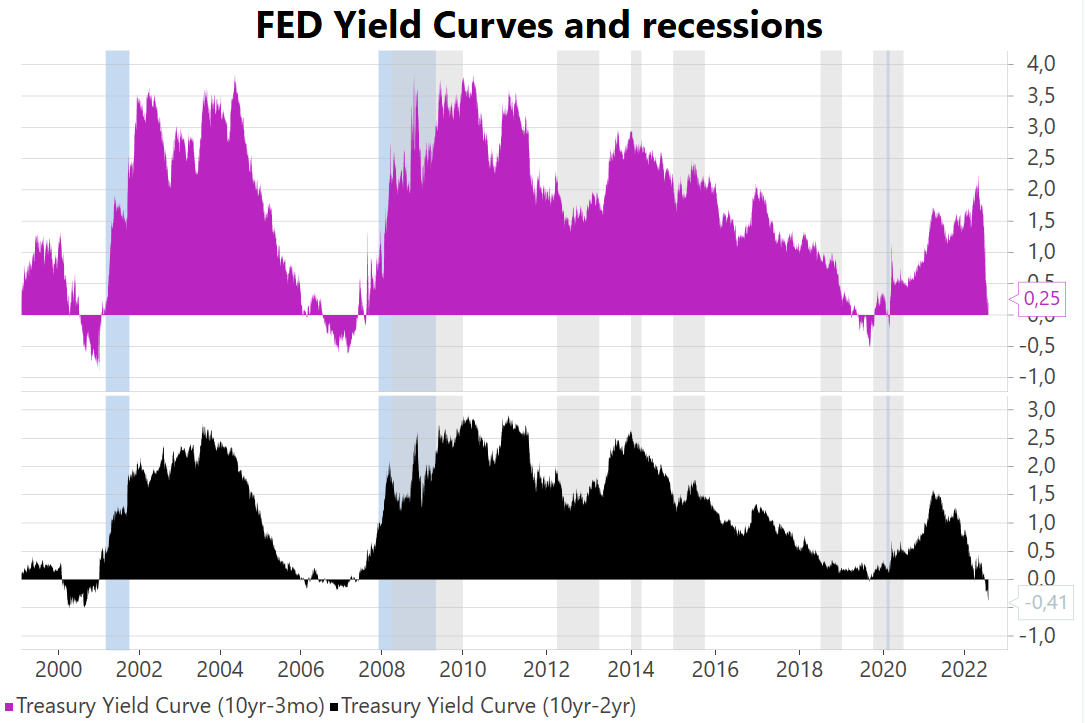